23-year-old Patrick Rooney has revealed that underpinning a recent form surge in both the Black Ball Open in Cairo and the Super 8 in Manchester is due to the amazing team he has managed to rally around him. 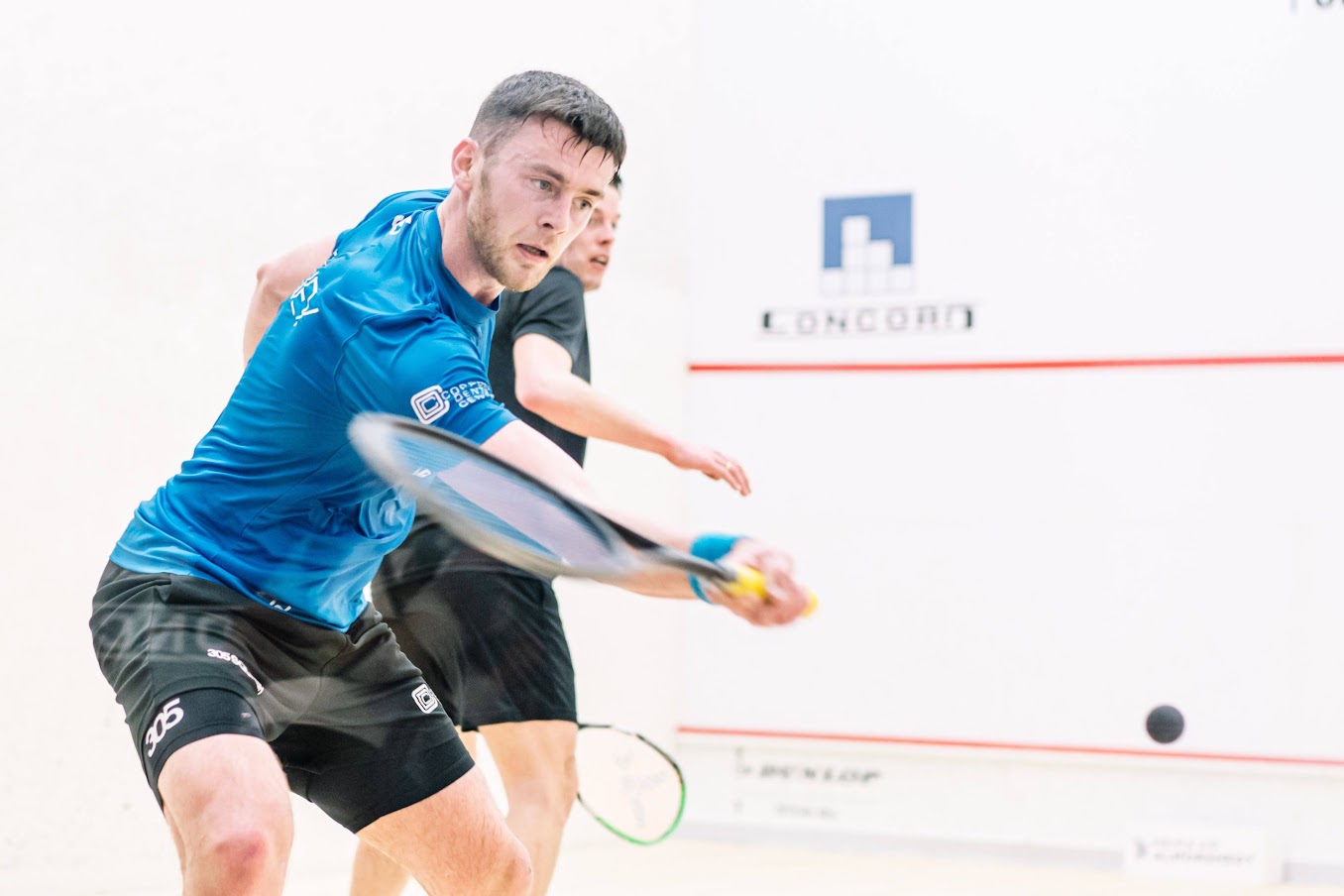 Strengthening the mental game has become increasingly important in the elite echelons of squash, and Rooney has no doubt that staying in the here and now has helped him re-sight his career targets, thanks to former rugby league ‘Man of Steel’ Betts and his message of positivity.

“Denis has been a huge help over the lockdown periods, and he is a really interesting guy who has some fantastic inspirational quotes about being in the moment and it works for me.

“A little thing like that can keep you in the moment and I like to stay relaxed, it’s the same with my personality and Denis has been a really positive addition to my team and I would have to say the value of his work came home big time in the Super 8.

“In the Super 8 final against Declan I relaxed and savoured the match and being able to do that is down to the work I have been doing with Denis Betts over the last two years. “ 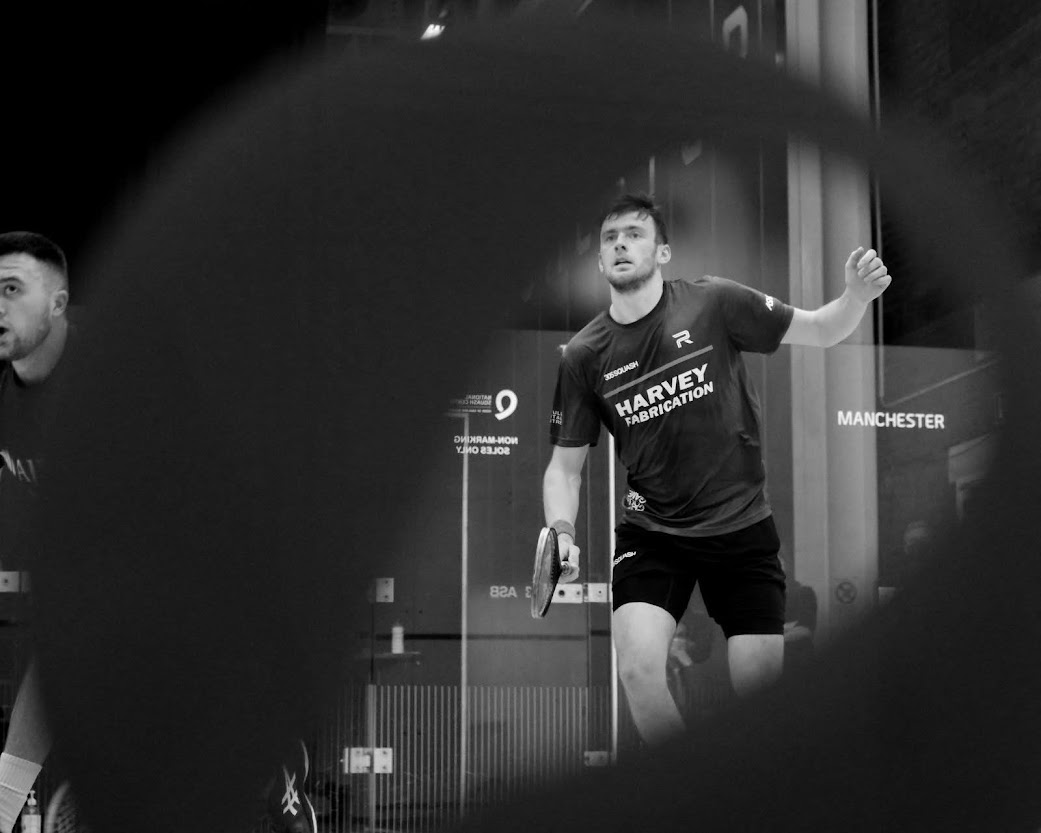 But the newly crowned Super 8 titlist was also keen to pay tribute to his chief coach Malcom Willstrop and former World No.1 James Willstrop who he has described as a pivotal inspiration in his bid to break the top-20 and beyond.

“I have worked with Malcolm for a while and that obviously means that I am on court with James a lot and he has been a bit of an inspiration. Obviously, I don’t want to copy him, and I must focus on being my own player and developing my own style but the way he plays and how he goes about it, well there is plenty to aspire to there.

“James is also a big guy and considering how tall he is he moves really well and that is also something that is encouraging for me, being over six foot, as I am working hard to improve that aspect of my game. 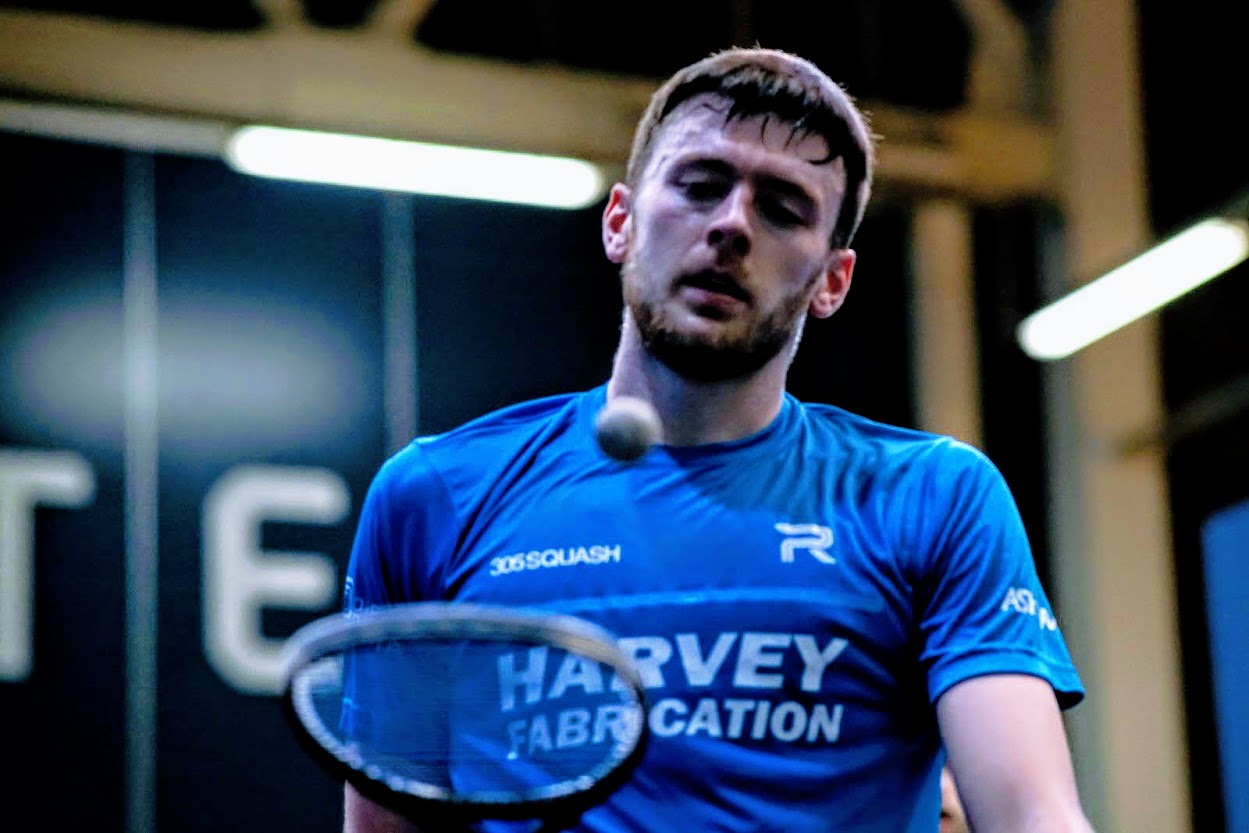 The St Helens’ native admits that his work with the Willstrop family combined with a key supplementary contribution from England Squash has also been starting to make him an increasingly dangerous proposition for the game’s big beasts.

“I’d had a good block of training leading up to the Super 8 and in general had been working hard. Most of that work was with Malcolm over at Pontefract but also with the England Squash guys like Nathan Wells, (strength and conditioning), Josh Taylor, (squash coach) and Ollie Turner (nutritionist).

“The big focus was my movement. I made some improvements on that and my speed and the way I cover the court but and on the day in the final I felt like I hit the ball really well and I was quite relaxed, and it all added up to a really good performance.

With England’s current highest ranked player World No.18 James Willstrop, due to turn 38 in August, the affable Patrick admits he has other big targets to tick off on his squash bucket list:

“It definitely would matter to me to become England No.1. If you look at past players who have done that like Nick Matthew, of course James Willstrop and Lee Beachill, well I would definitely love to tick that one off.

“The other thing is that if you are the top ranked Englishman then you are closing in on top-10 squash and I would also love to represent England at senior level. These are all big things for me and real targets down the line.” 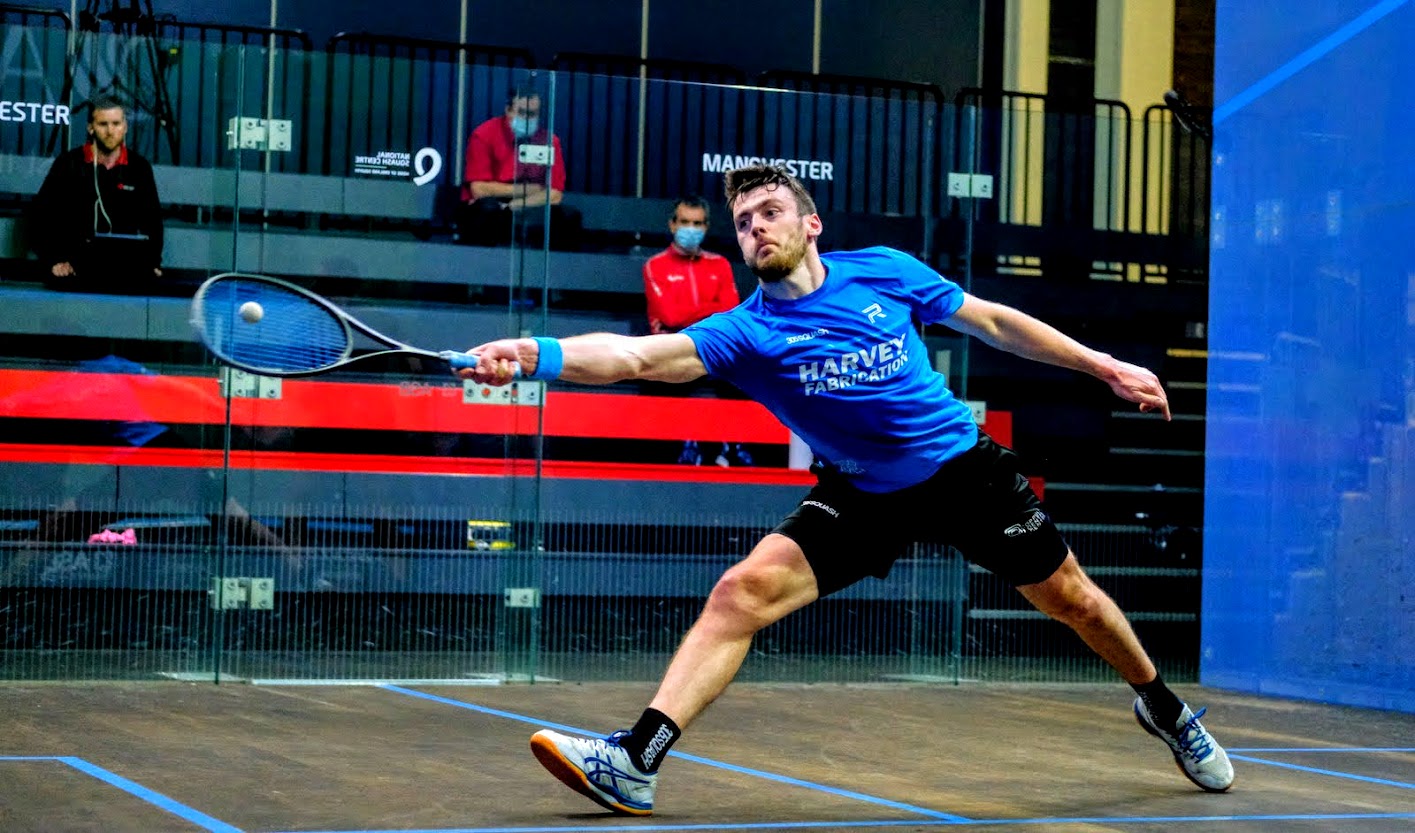 “I have five weeks now to make more improvements building towards El Gouna. Obviously coming off a win like the Super 8 I was desperate for Manchester as I would have been up to my neck with confidence.

“But the other way to look at that is with it being postponed I can keep pushing and keep improving and not sit back and relax. The hard work I did building up to the Super 8 showed me what I can achieve and now I will use that to kick on work wise over this next block and hopefully that will make El Gouna another positive tournament for me.”

“Now for the Worlds, I’ve never played in a World Championship before in the main draw. I played the qualies when the Worlds were held in Manchester in 2017 but a main draw would be fantastic in Chicago this summer.

“With the British also being held in June that is just a really exciting. Basically, these are the two tournaments you want to play in and hopefully I can go into them in good form and see where that takes me.”

All of that work has caused a Rooney form surge and now the Super 8 champion admits that has fired him with a new determination to climb the rankings.

“The two matches at the Black Ball against first Kandra and then Joel Makin really showed that the work I had done had paid off. In terms of speed, endurance but also, and especially in the match with Joel, endurance.

“To stay with him until 11-8 in the fifth was really pleasing as there is nobody who is a better mover out there than Joel Makin. So, going into the Super 8 these games really gave me a boost”.

“After these matches may be my realistic goals have gone up a bit potentially. If you look at it then Declan is top-20 standard, Kandra is a former British Open semi-finalist and Joel is top-10, so it puts it in my mind I could be making third rounds and push top-30 by the end of the season.

“At the same time, I don’t want to put too much pressure on the ranking as if I play well the ranking will take care of itself.” 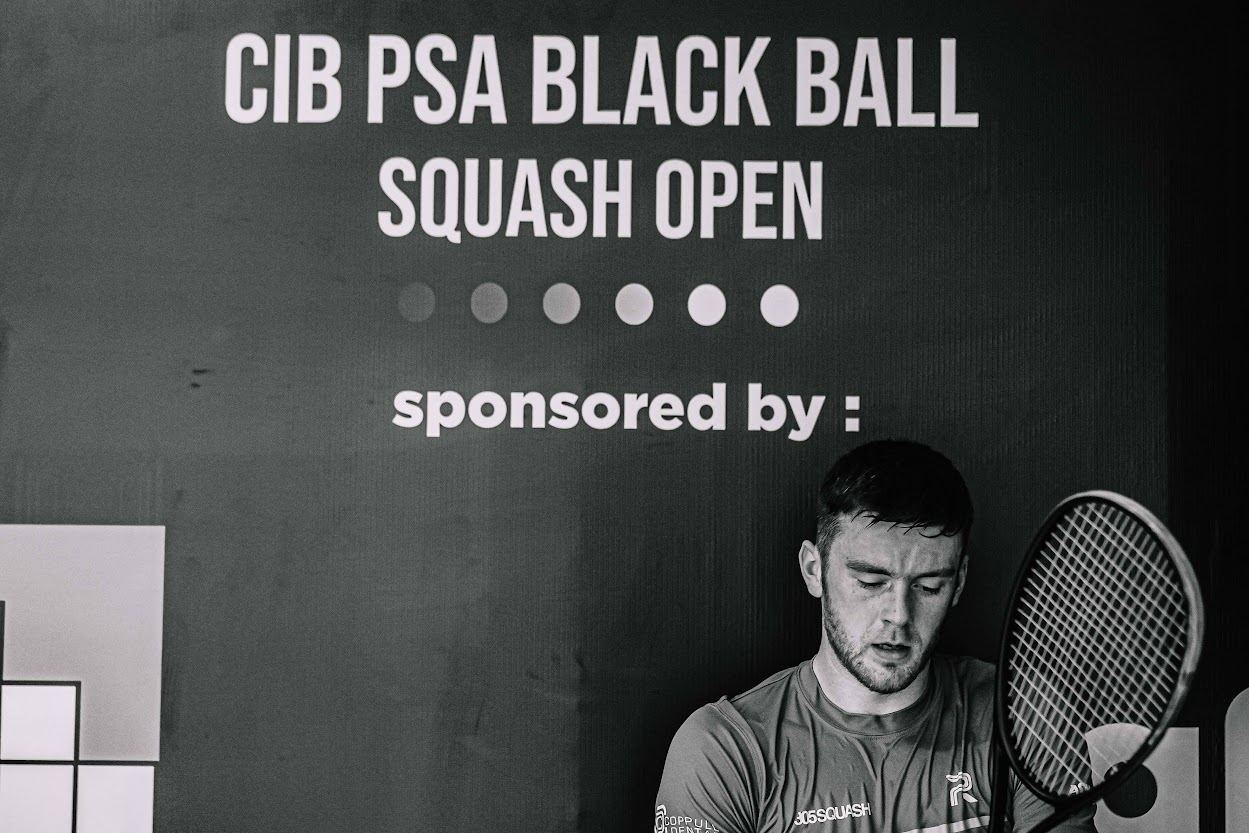