Coll and Farag ease through to  Qatar Classic Final

New Zealand’s World #5 Paul Coll and Egypt’s World #1 Ali Farag will contest the final of the 2020 Qatar Classic after wins over Fares Dessouky and Tarek Momen at the Khalifa International Tennis & Squash Complex in Doha, Qatar.

Coll and Farag will lock horns tomorrow in a repeat of March’s 2020 Windy City Open final, where the Egyptian came from two games down to win the title in a thrilling battle in Chicago. 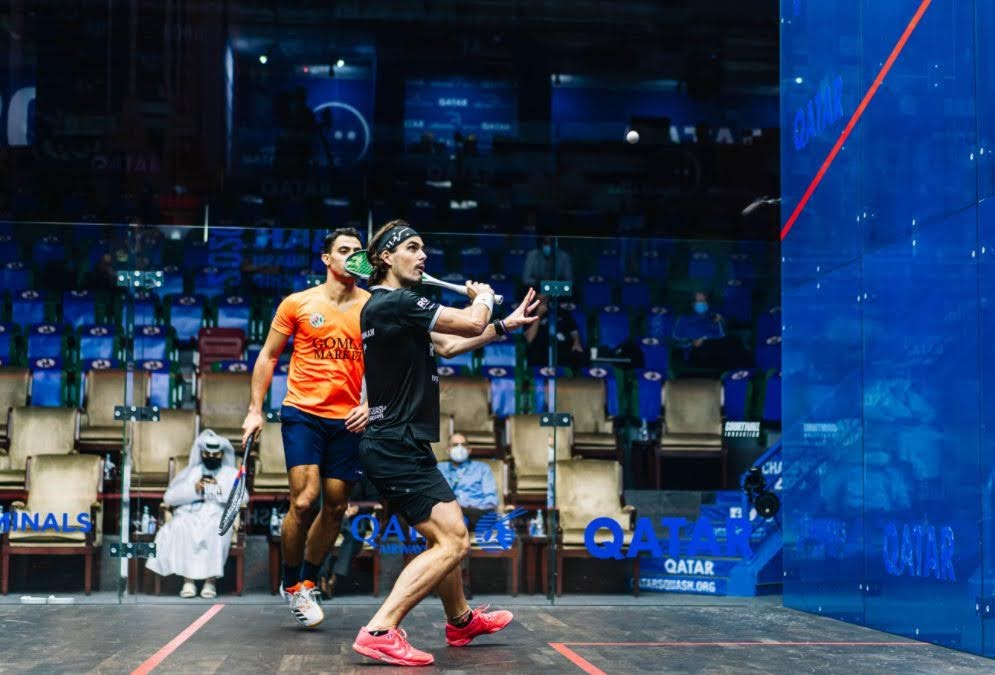 Both of today’s semi-final matches at the PSA Platinum event were 3-0 victories with Coll claiming an 11-9, 11-0, 11-0 victory over Egypt’s Dessouky to reach his first Qatar Classic final and second in the country after reaching the final of the PSA World Championships on the same court 12 months ago.

There was no sign of fatigue from Coll following his two mammoth five-game battles in the previous days as he took a crucial first game, 11-9, finding his length and accuracy well to nullify the attacking intent from the talented Egyptian to go one game up.

A lack of concentration from Dessouky for the remainder of the match following a disagreement over a decision in the second saw Coll comfortably close out the win, remaining professional to take an 11-0 victory in each game to book his place in the final. 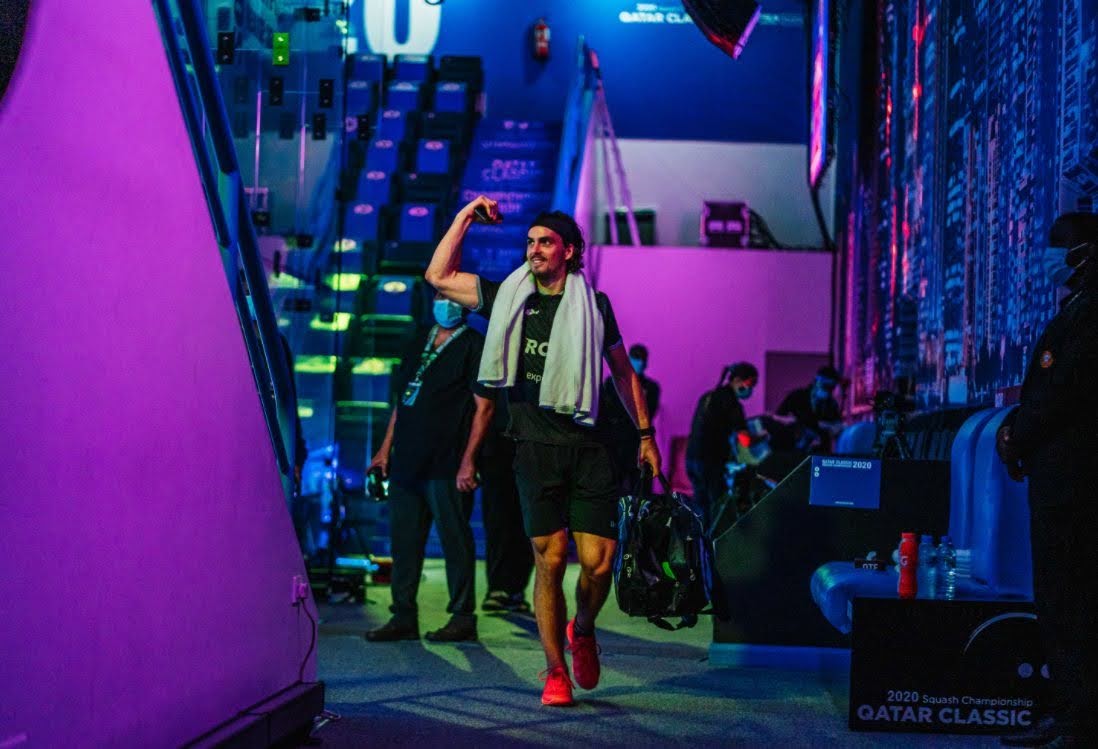 “I thought I was hitting my targets brilliantly today,” said the 28-year-old. “I really closed the court down. I just tried to be super accurate and really get him stuck in the back corners. If you hit your length on this court, then you really get rewarded.

“I’ve had two great years in Qatar in a row now, so hopefully I can go one further tomorrow. I’ve got my work cut out for me, but I felt really good out there today and I’m really looking forward to tomorrow.” 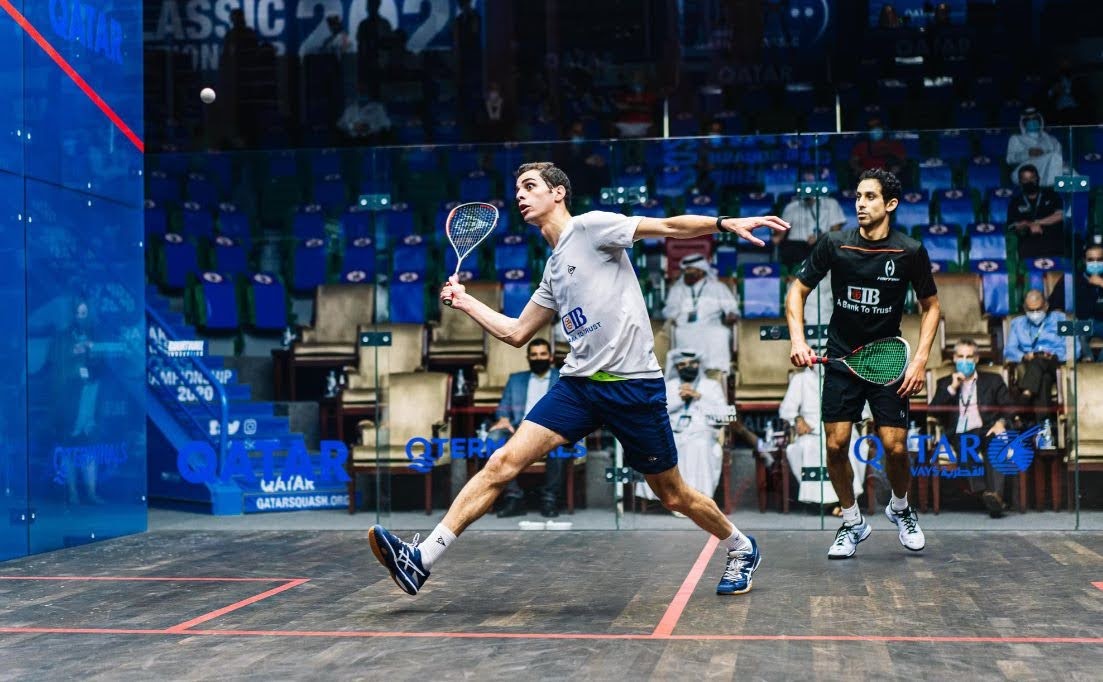 Farag, who is the defending champion at this tournament after beating Germany’s Simon Rösner in 2018 to lift the Platinum title, was in full flow to take an evenly contested first game and lay the foundations for an impressive victory over one of his closest rivals.

“The first game was crucial,” said Farag. “It started off a little too erratic which I think favours him more than me. I just tried to execute my game plan better by the end of the first game, even if you don’t win it at least you go into the second you have the momentum. I did win it and I think that made a big psychological difference. 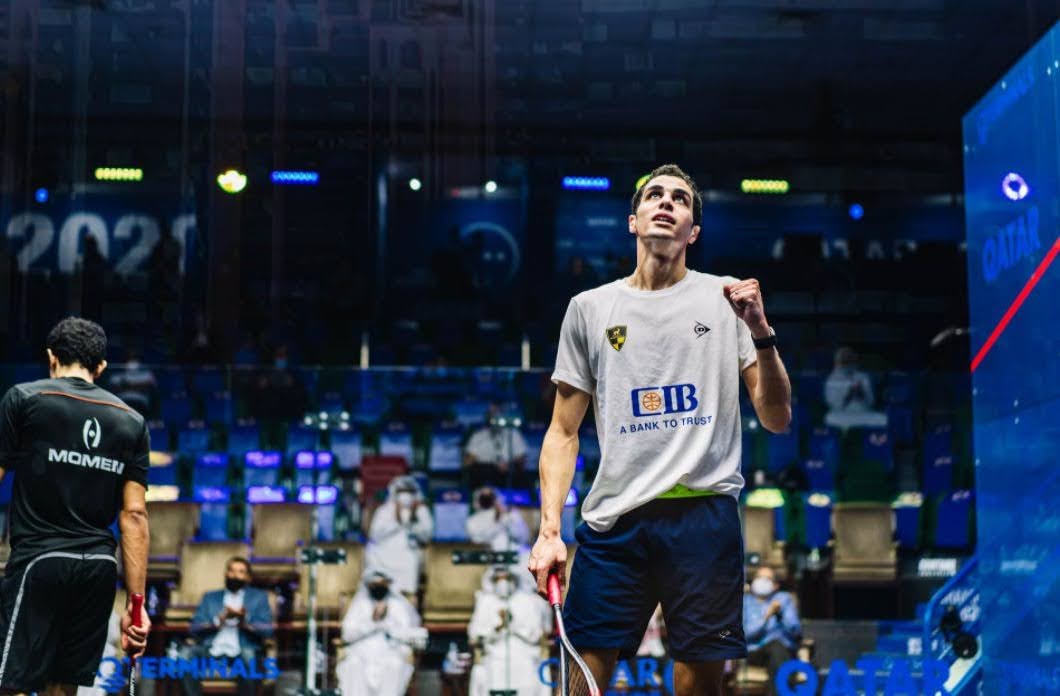 “Paul is very fit, so when’s he fresher, it’s even more scary. I will try to execute my game plan of squash better and if I can, I will give myself a chance.

“It will be a tough one, he has made two back-to-back finals in Qatar now, so he seems to like it. It’s always a pleasure to play against him, he is such a warrior and competitor but in the right spirit of the game, so I’m really looking forward to it.”

The final take place tomorrow. Play starts at 18:00 (GMT+3) and will be shown live on SQUASHTV and beIN sports.