New Zealand’s Paul Coll and Egypt’s Fares Dessouky will face off for a place in a maiden Qatar Classic final following victories over World No.6 Marwan ElShorbagy and World No.41 Youssef Ibrahim  at the Khalifa International & Squash Complex in Doha, Qatar.

Quarter-finals day of the PSA World Tour Platinum tournament saw all four matches go all the way to five games, with Coll kicking things off with an 8-11, 11-4, 5-11, 11-9, 11-5 victory to book his spot in the last four of this tournament for the first time. 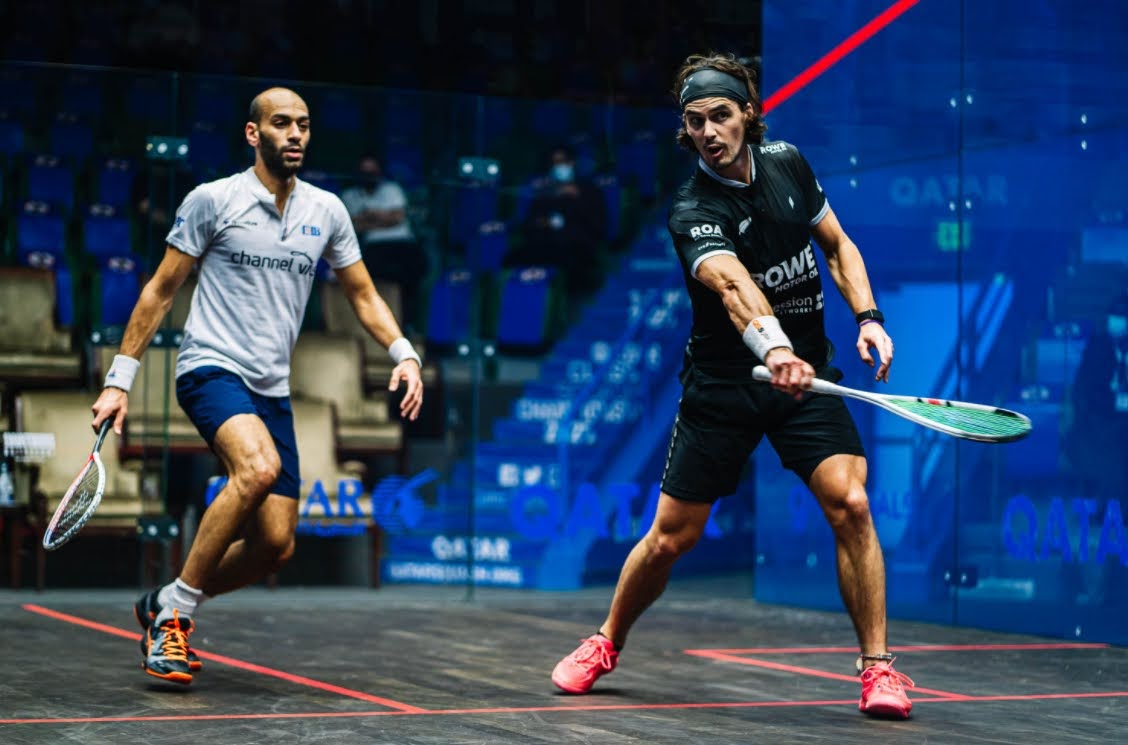 Coll had won only one of his four previous matches against ElShorbagy – which included a loss to the eventual CIB PSA World Tour Finals winner in September – but kept on fighting to reach his first Platinum semi-final since the restart of the PSA World Tour.

“He’s probably got some of the best lengths out of anyone on tour, and if you let him dominate you then you can lose seven or eight points within a matter of minutes. You’ve got to be on your mettle with everything, he gives you nothing. I always love a battle with him, he gives you nothing and it’s never easy.

“My first three tournaments have been a bit up and down, I thought I was playing well but I wasn’t really getting some of the results that I was after. I love this court here, I’ve got fantastic memories from last year, it’s a nice court to play on and I’m really looking forward to another semi-final tomorrow.” 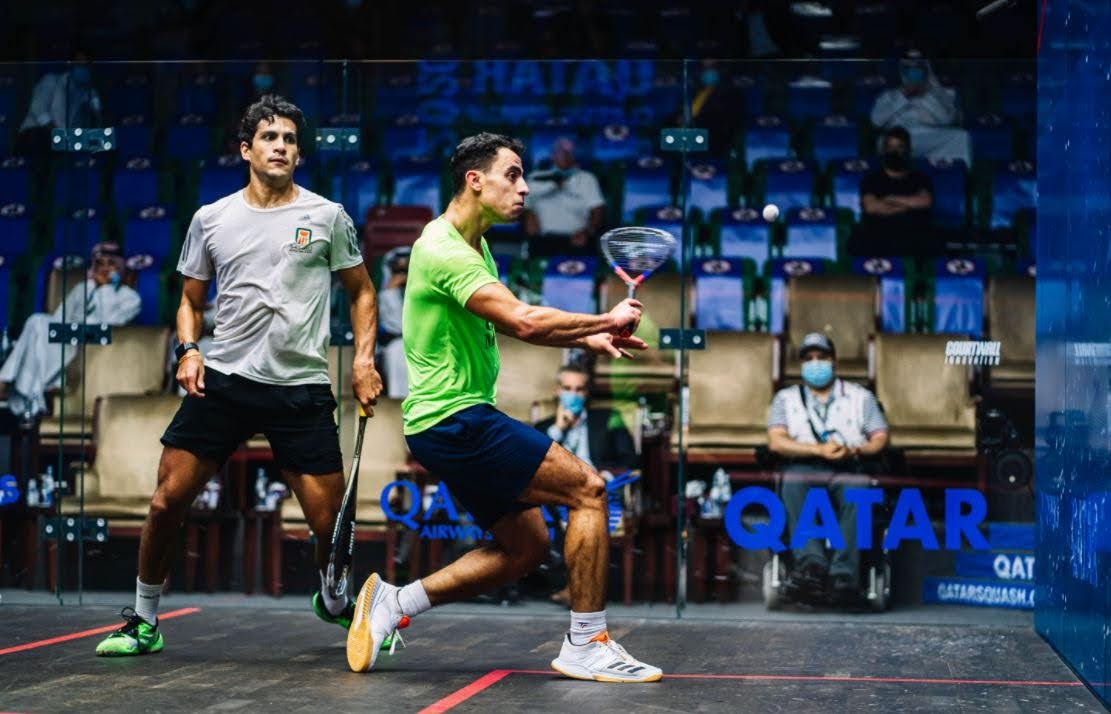 21-year-old Ibrahim caused one of the biggest shocks in the 19-year history of the Qatar Classic with victory over top seed Mohamed ElShorbagy in the previous round and took Dessouky to five games, but the older man had enough in his locker to edge the win.

“Everyone is saying he is the next Amr Shabana and I hope so, we need a Shabana back on tour,” Dessouky said.

On the opposite side of the draw, reigning World Champion Tarek Momen will take on defending Qatar Classic champion Ali Farag after both players came through five-game battles in today’s quarter-finals. 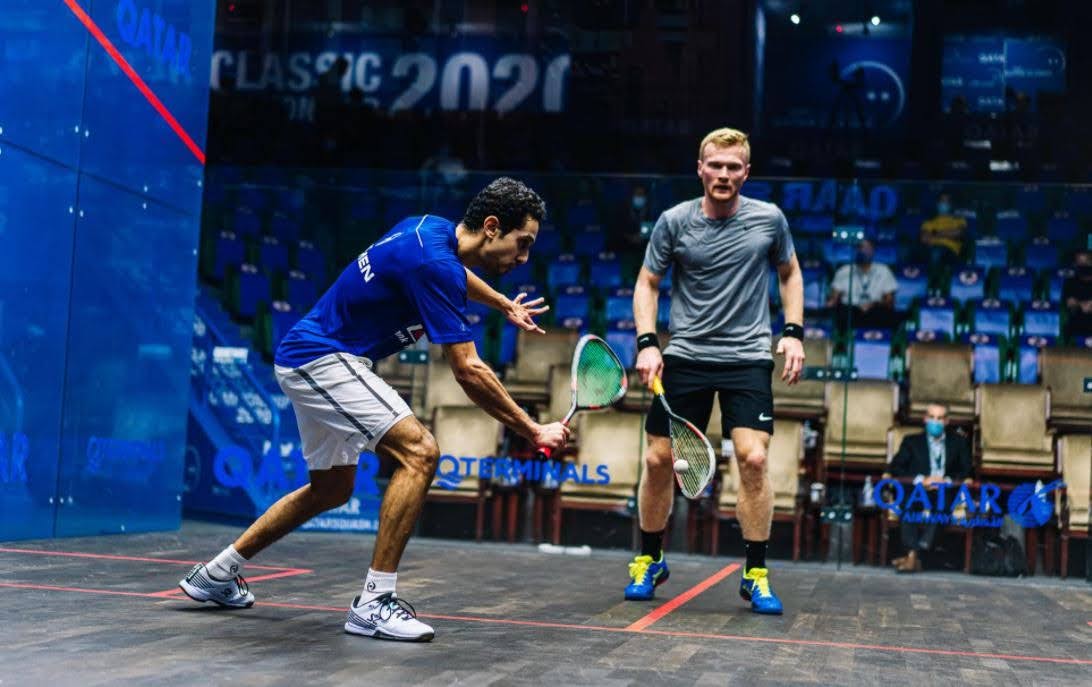 With a final appearance in 2017 allied to his World Championship triumph, Momen has often performed well on Qatari soil but had to hold his nerve to oust the dangerous Welshman Joel Makin, ending a two-match losing run to the World No.10.

“I love the court conditions and I think I play my best squash here because of the setup. I’m definitely looking forward to my match tomorrow. I’ll try to recover to the best of my ability so I can be prepared for a good match again.” 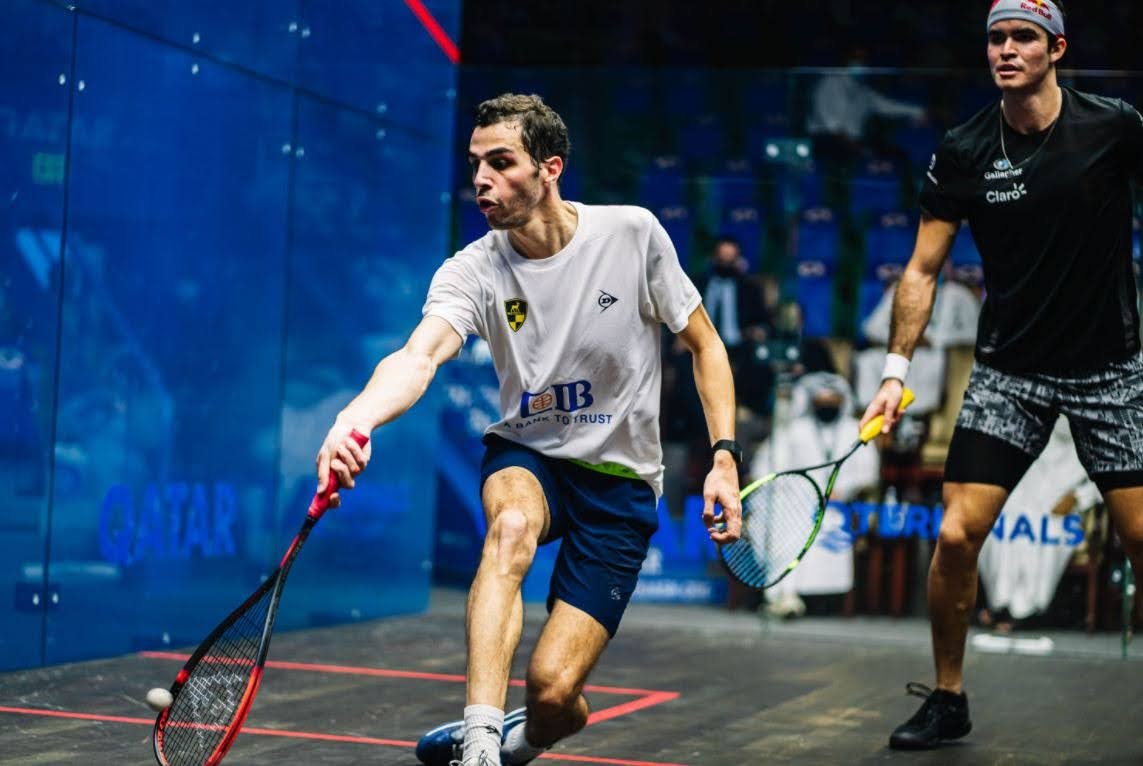 Farag was pressed hard by the skills of the languid World No.7 but won the physical battle to claim victory after 69 minutes. He will go up against Momen for the second tournament in a row after defeating his fellow Egyptian in the CIB Egyptian Open final last month in front of the Great Pyramid of Giza.

“Tarek, his recent consistency speaks for itself,” Farag said.

“I don’t have to praise him much because the way he has been playing has been amazing. I don’t know how you can play so many balls to the front and still be so consistent. He is a very unique player and is very talented, I am looking forward to a clean match, but not looking forward to how much running I will have to do tomorrow.”

The semi-finals take place tomorrow. Play starts at 16:00 (GMT+3) and will be shown live on SQUASHTV and beIN sports.