Austria’s Aqeel Rehman and home favourite Saskia Beinhard have taken the titles at the Schraglage Squash Open powered by VASS, which came to its conclusion at the Pink Power club in Boblingen, Germany on Sunday afternoon.

Rehman came into the men’s Challenger 5 level competition as the No.5 seed, and defeated wildcard Nils Herzberg in the opening round, before then going on to get the better of compatriot, and the event’s No.11 seed, Jakob Dirnberger.

On day three of the competition, the Austrian No.1 played twice, and saw both of his encounters on the glass court go to five. He started in the morning with a surprise win over No.3 seed Valentin Rapp, coming from a game down to win 3-2, before doing the exact same in his semi-final contest, winning the last tow games to down No.6 seed Viktor Byrtus to make it through to the final. 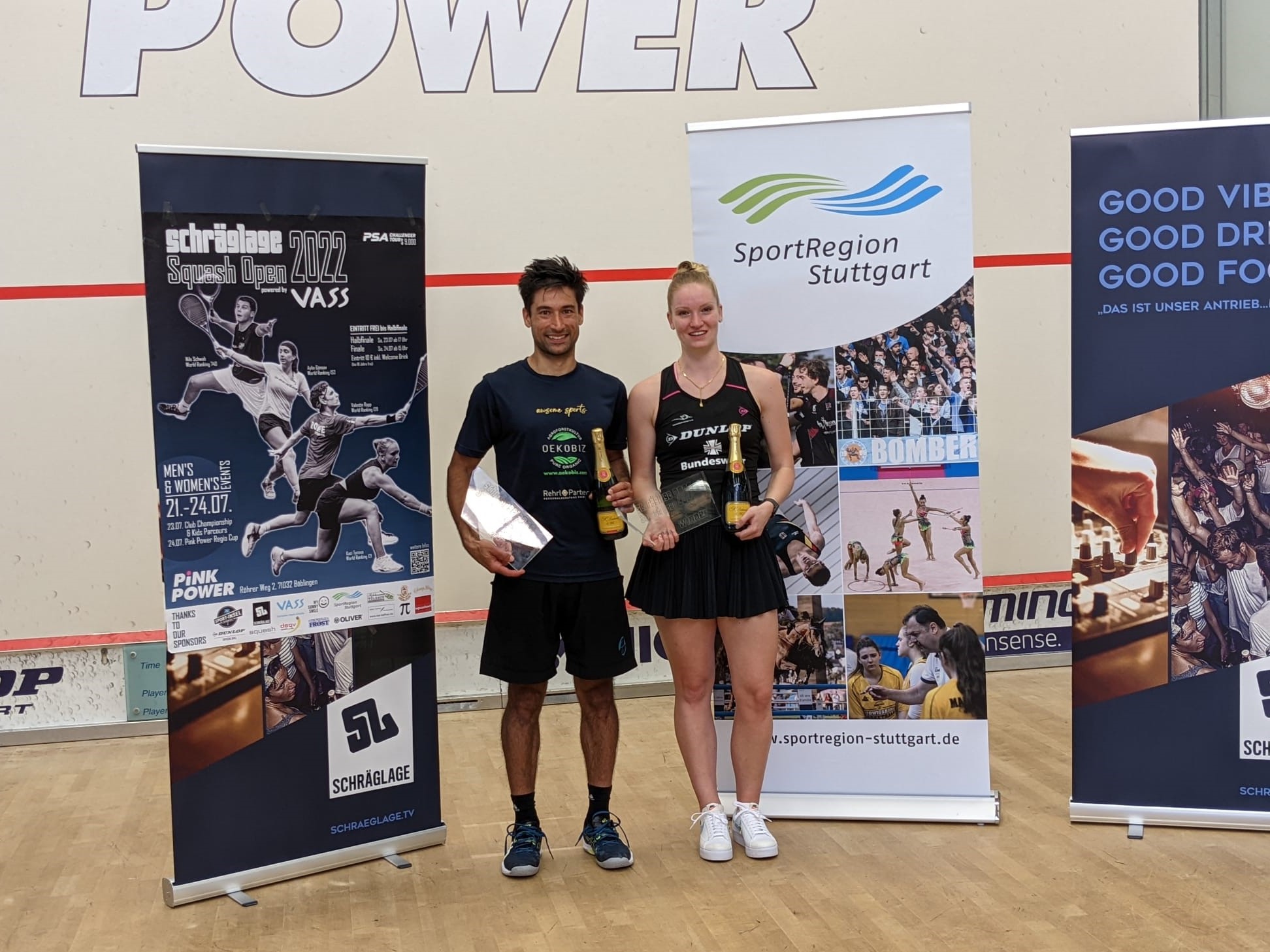 In the final, Rehman came up against England’s Stuart MacGregor, who came into Sunday’s clash full of confidence after taking down the tournament’s top seed in his semi-final match. However, a quick start from the Austrian saw him take a two game lead, and although the Englishman won the third, it was Rehman who was able to regroup to claim the fourth, winning his first Tour title in just over a year.

It was close to the same situation for Beinhard, who came into the women’s Challenger 3 level competition looking for her first victory on Tour since March 2021, and she managed to achieve that feat, winning on home soil for the second time in her career.

The German came into the tournament as the No.2 seed, and defeated wildcard Alina Poessl in straight games to get her campaign underway, before needing to go the distance against Austrian No.1 Jacqueline Peychar in the quarter finals. She led twice, only to see the No.7 seed fight back on both occasions, before she eventually got the job done in just under an hour.

A victory over England’s Katie Wells in the last four saw her through to the final, where she came up against compatriot and No.5 seed Katerina Tycova. The final was a slog between two close friends, with Beinhard taking the first and third games, but seeing her fellow German fight back to level the match on both occasions. Eventually, it was the World No.73 who got the job done, winning the fifth and final game 11-3 to secure her first title of the year, and her second overall on German soil.